Thanks to Shockya, we have our first glimpse at Tom’s upcoming film Thérèse! The poster was photographed at CinemaCon 2013 at Caesars Palace, and depicts Elizabeth Olsen as the title character.

Thérèse is the story of a young woman who has been arranged to marry her sickly cousin, Camille (Tom’s character). Unfortunately, she falls in love with someone else, and they conspire together to kill Camille. 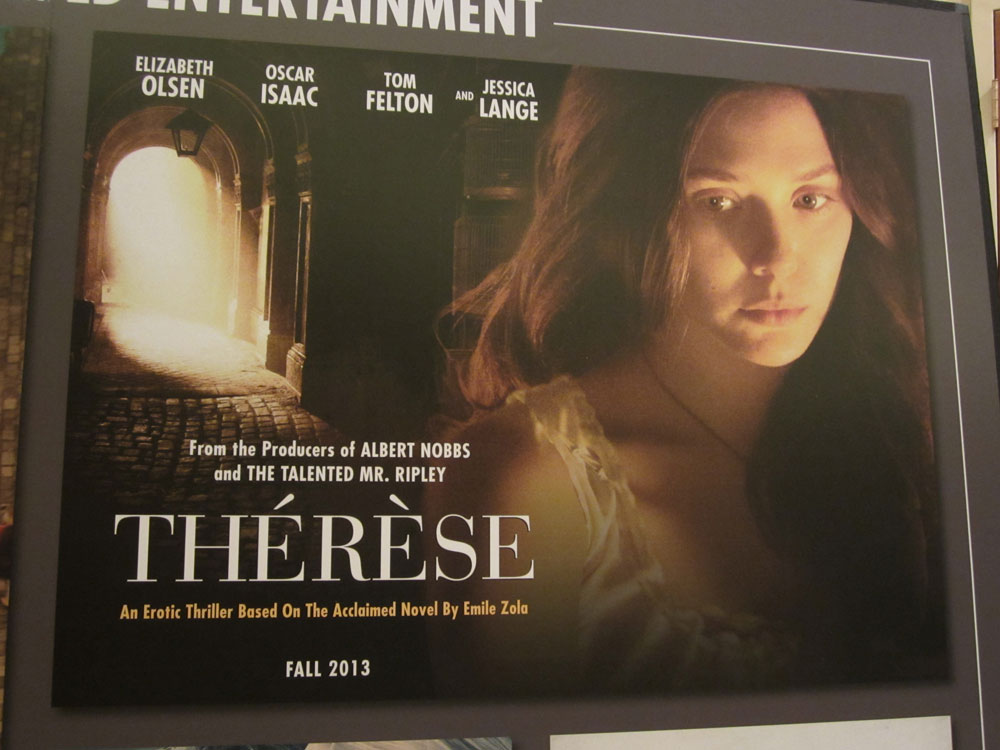